Technology in the world of wine

Technology in the world of wine 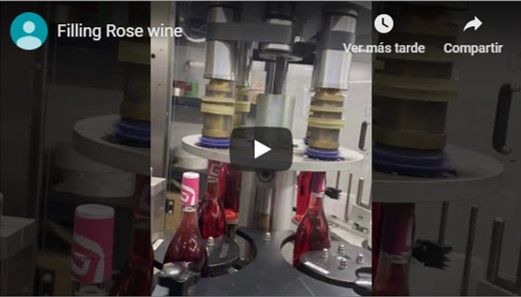 In a filling line of rosé wine.

Many years ago I visited filling lines of manufacturers of soft drinks (Coca Cola / Pepsi Cola). There was a job that was the supervisor of the filling line. The function was to be staring at how the bottles passed in front and check that all the bottles had the same level of filling. If there was a bottle with more or less filling, it would be separated from the filling line. Every ten minutes the operator was replaced because after that period the man no longer could do his task efficiently. His sight had grown tired of looking at a fixed point.

The technology that was used was based on something very simple. There was a device that removed liquid to a certain level to make sure that all bottles are just as full is infinitely more efficient.

I attended many conferences in which we talked about the topic of technology and how the use of it would change the rules of the game in each sector.

Technology in the wine sector and in wine tourism.

One of the sectors that have changed is the wine sector. It changes in many aspects. One of them is the visibility of a winery with its final consumers.

There has been a revolution in the world of wine and wine tourism. Many wineries have realized how important it is for them to open their doors to visitors.

The world is changing radically. Among other things, the way you travel is changing.

At the time the tourists decided to visit a country. They contacted a traditional travel agency. This Agency gave him the plane tickets, the hotel and a series of activities. In that package that the tourist bought he knew that nothing bad was going to happen but at the same time probably nothing good.

Following the prescriptions of other travelers.

The user/visitor begins to appreciate being able to travel with an attitude that I call her from Indiana Jones attitude. And so they do.

Several things begin to be valued in the market.

1) That one develops an activity that visitors value greatly.

2) That the number of users who value the activity is sufficiently wide.

5) That one presents the activity in a sufficiently attractive way so that the users opt for one’s activity and not that of the competitors.

We are in this market because we were lucky to meet some of the sections mentioned above.

The most adaptable wins.

As time passes one goes into a market that becomes more and more competitive. One thing is certain.
It is not the strongest of the species that survives but the most adaptable. This bold phrase is from Darwin.

The best way to adapt to changes is to understand where we come from and estimate where we are going. And based on that correct estimate, take appropriate measures to adapt to that changing world.

We are in it. We invite you to follow our trajectory.

Neil Armstrong was in Ribera del Duero 50 years ago

Moments that take our breath away.