What to see in Medina del Campo. Wine tour

What to see in Medina del Campo. Wine tour 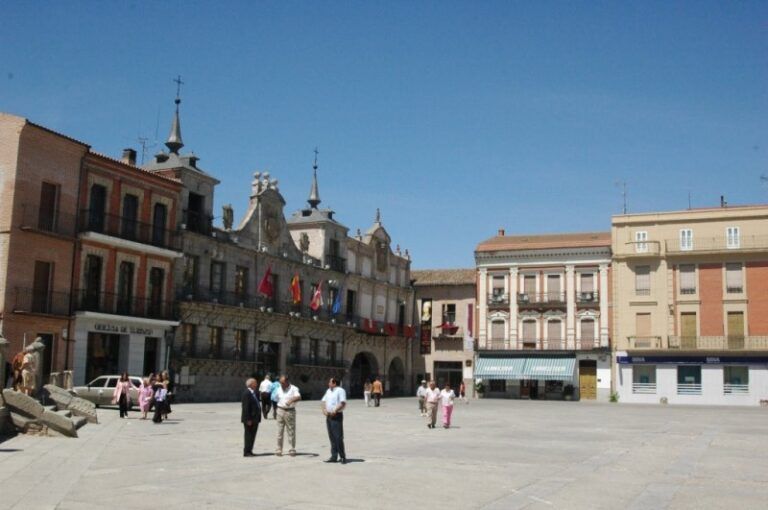 What to see in Medina del Campo? A lot of things.

Medina del Campo is a great medieval city forgotten by the rise of Madrid.

It is also forgotten when somebody goes to visit wineries in Rueda, which is only 10 miles away.

Medina del Campo is a city enormously rich in history. It is a pity that it does not have a significant flow of travelers because it deserves it.

Within the Denomination of Origin of Rueda.

There are several wineries in this municipality that belong to the Rueda Denomination of Origin, such as Bodegas Emina de Matarromera. In that winery there is a delicious oil mill that can also be visited. There they make a very high quality oil.

Isabel la Católica lived her last years in this city and here she died. You can visit the rooms where she lived.

Here is also the Castle of La Mota (Castillo de la Mota), impressive for its size and its perfect condition.

There are few castles in Castilla that are worth visiting more like this one. Making our wine tour of Castles in Spain is a great experience.

One of its attractions is the guided tour to the castle is that they explain in great detail the different sections of the castle and show how well prepared this castle was for the technology of war in the 15th century. You get in so much you think you are in a medieval movie.

In the visit, there is a room where you have a lot of information about all the castles in Castile. Why, when, who built them, where they are located. Getting into this room, you realize how important castles were in the Middle Age. The Castle of la Mota, being impressive, is just one among dozens of castles still standing.

In the visit, one can also visit the sites of the city that existed at that point 800 years before JC. The story of how they discovered the sites is funny. They just started digging to put the cabin where tickets to visit the castle are issued. And they found that wonder.

The Museum de las Ferias and the Plaza Mayor are also worth visiting in Medina del Campo.

At the beginning of the 15th century and when the reconquest had already passed on this region, the roads of Castile became safer. And commerce flourished.

Medina del Campo was one of the most famous cities for its fair (Feria de Medina del Campo). Buyers and sellers from all over Europe came here. When you visit its main square, you can see on the ground how the positions were organized by jobs. It helps you imagine what was happening during a day fair.

The Museum de las Ferias tells the history of the city, its rise, and fall. You can see copies of documents that could be said to be bills of exchange from the 15th century.

Perhaps the best time to go to Medina del Campo is when they are making very particular fiestas.

The Holy Week is very attractive. Very different from any other in Spain. So much so that they also have their museum dedicated to the subject. That museum is also very interesting if you have the time.

Video of the festivities of Semana Renacentista in Medina del Campo

Tordesillas. Spain and Portugal divided the world in two.

Not far from there is the city of Tordesillas. Tordesillas is very special. From not being a well-known city, it became the center of the world for just one day and ceased to be the next. Why is this?

In this city, the Spanish and Portuguese signed in 1494 an agreement by which they shared the world. The Catholic kings took advantage of the fact that the Pope in Rome was Spanish and in some way the Pope acted as an intermediary so that there would not be a new war between the Spanish and the Portuguese. But this time it was resolved through a treaty and not a war.

They decided in Tordesillas to establish an imaginary horizontal line in the middle of the Atlantic Ocean, like that of a meridian. Up to that line, the seas would be Portuguese, and from that line, they would be the Spanish seas,

First, a certain line was proposed. The Portuguese requested to run that line about 100 miles further west. The Spanish agreed thinking that the only thing they gave the Portuguese was more water.

What does this Portuguese interest in the sea come from? Well, they had the Castilians on the other side and that pushed them to look at the sea before anyone else and found ba big opportunity in Africa not so far.

On the other hand, in Castile the interest for the Atlantic Ocean comes later when Seville is snatched from the Arabs in the 13th century. Seville is a city with a navigable port and accessible from the sea even the city is 70 miles from the coast. Until then Castile was a kingdom that did not have a huge interest in the sea. Aragon had it more for his interests in Italy

Commemoration of the signing of the Treaty of Tordesillas

On one of the visits to Tordesillas, I was lucky enough to meet a British journalist. There we were able to see that party in which Hispanic people were honored.

It was interesting to see his point of view on what he saw there. He told me that this party seemed inappropriate. I realized at that moment that the Spanish empire had been very different from the British one. The Spanish empire was 5 centuries ago, and I find it admirable that a city like Tordesillas tries to remember that one day it was the center of the world, it does not offend anyone.

The Spanish empire ended 5 centuries ago while the British there are still people alive who have lived it in the first person. (ended after the second world war)

Visitors to our tours learn a lot, but so do we.