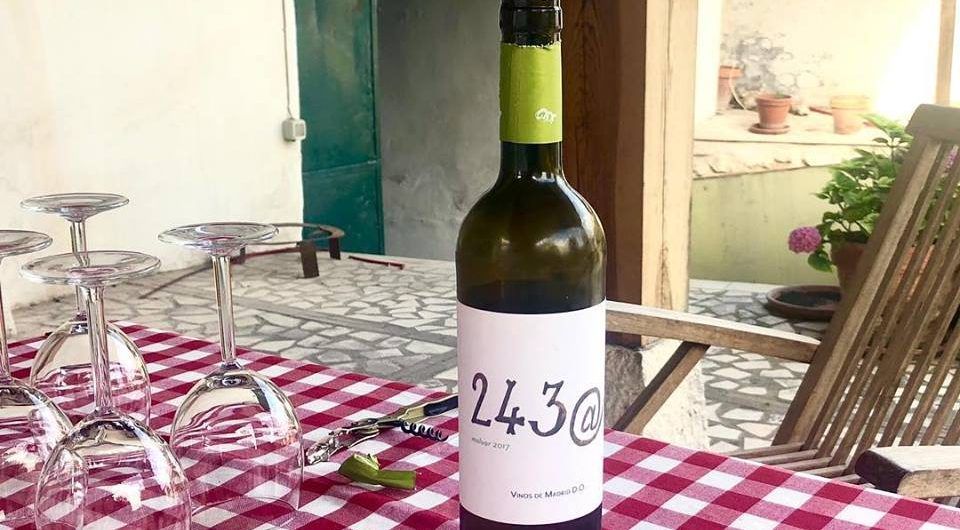 The at sign that appears in emails was not invented in the 70s/80s with emails. It is a story that is more than 1000 years old.

The wine arroba has been used for more than 1000 years.

The at sign is an Arabic measure of volume and weight.

I love going to visit wineries, but the reasons are several.

Drinking wine in a winery can be a lavish experience, especially for people who come from the big city where the operating parameters can be totally different.

But there is one thing that is tremendously important and that is that the stories that can be heard in a winery can be the best. And if you do it with a glass of wine in hand, the experience can be unforgettable.

A winery near Madrid.

In a winery that is only 30 km from Madrid there is a winery that has the romanticism of continuing to make its wines with clay deposits made 100, 200 years ago.

This type of production was discarded in Madrid and Castilla La Mancha more than 50 years ago because it was not efficient at all and because the art of creating large-volume vessels (6,000 liters) has been lost. There is no one who can repair or replace vessels of this size.

In this winery they have decided that they want to remain faithful to their traditions and continue to do so in clay pots. For someone to make this kind of decision is something that touches my heart because that is going against the flow. But if Muhammad does not go to the mountain, the mountain will go to Muhammad. I am talking about Bodegas Solera, in Colmenar de Oreja.

It turns out that there are already other modern wineries that, in order to differentiate themselves, have considered that they are going to make part of their wines in clay pots. And they give a series of scientific arguments by which they demonstrate that the wines that are going to come out of there are going to be of great quality. And of course with improvements that enable the production of wines efficiently.

The fact is that this winery, without much fuss, decides to continue making its wines in clay pots using the traditional method.

But that’s not the only thing that makes them special.

It turns out that the sign at sign appears on those clay pots and they tell us about the “arroba” of wine. It actually says 243 @ and 3948 l.

In the cellars, behind a wonderful story there is almost always a fantastic wine. The arroba (at) of wine.

The winemaker tells us that this is a consequence of the fact that at the time of the Arab invasion in Spain (8th to 15th centuries after Christ) the measure of volume was the arroba of wine, which was equivalent to 16,133 liters. That when wine was served from Jerez, centuries ago to the port of London, the sign at sign appeared in the writings and, for example, it put 243@London. The one who received the merchandise saw a number, saw a sign and then a destination and interpreted that it was an address and said ad.

Ray Tomlinson, the inventor of email, was looking for a sign on the rarely used but present typewriter keyboard. The arroba of wine has been obsolete and that jewel was found and since then the arroba symbol has been used in emails, in email addresses. It is accessed via the alt key or the ctrl alt keys. Since then it has been said in English “ad”, diminutive of address, to which we say at sign,

That winery also has the detail to leave you this story in the bottle. The wine they make is called 243@ and on its back label, instead of giving you information that you might not read, there appears this that I just told you about and that makes me fall in love with this winery. The wine, after that story could not be bad. And it turns out it’s fantastic.

In Spain we have wonderful stories to tell. I feel tremendously proud to be able to make them known to foreigners who visit us. And to taste their wines.

Previous postLa Mancha windmills sunset, the land of Don Quixote.
Next postVisiting roman monuments in Spain with a glass of wine in hand