Parade of the three wise men. View of the Alcazar of Segovia

Parade of the three wise men. View of the Alcazar of Segovia 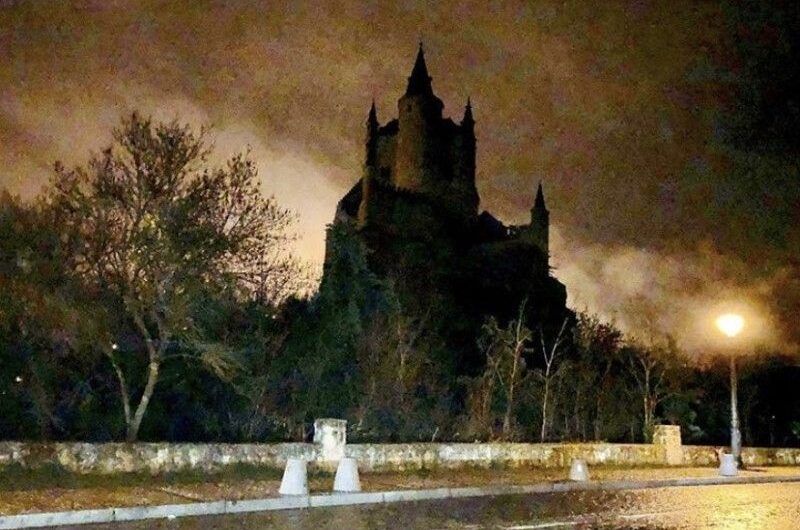 Parade of the three wise men

At the Winebus, we are lucky to find memorable moments. Moments that one would think would never live. But that in our case it just happens.

For our visitor everything is new. He is delighted with what he finds with what we show him.

But for us, who have been there more times, we know when we are facing a special day. That happened to us during our tour to Segovia with a glass of wine in hand.

Alcazar of Segovia in the day

It seemed like a normal day but it wasn’t.

It was January 5, the day with the Parade of the three wine men that we celebrate a lot in Spain.

We go back to that:

One of our attractions is how we prepare parties in Spain. One of them is that of Reyes.

On January 5, being the middle of winter, the night falls soon and it is also a party for the little ones to enjoy like crazy.

Segovia is amazing for everyone who comes.

Segovia is wonderful for the traveler who visits it for the first time and it is also wonderful for those who visit it 50 times. But the latter hallucinates when he meets a special date. And if you are also lucky enough to be the host of some foreigners who do not know what is happening, if something is happening that is out of the ordinary.

We entered the city around 4:00 p.m. The city was already preparing for the party. We went as we have done other times to the Aqueduct first, then to see the Cathedral and finally the Alcázar of Segovia. As we left the visit and went up the slope to retrace our steps, we met a lot of people who came towards us because the parade began precisely in the Alcazar.

The Night of the Three Wise Men

And many people came up, characterized and dressed appropriately to participate actively in the parade, Many, many people,

Our tour was the typical one of the day in which we left at 9.30 am, we had visited a winery, we had eaten and finished in Segovia.

It took us a lot to get to that point that we usually get to. With the fact that there was a huge crowd, most of the streets were closed to cars. We had to do a huge lap, but we made it to the end.

As it was getting dark I expected to see the Alcázar in all its fullness and its lights, the Alcázar is really splendid.

But the lights that usually make the Alcazar something great were not turned on. I was annoyed thinking that all that effort had not gotten us very far.

Fireworks behind the Alcazar of Segovia

But oh surprise. They began to launch fireworks behind the Alcazar.

I understood all. In the Alcázar, which is the protagonist of the city for the rest of the year, that day, I tried not to take away the prominence of the night of the Kings and its parties. I saw a completely different Alcazar, spectral in which all the light came from behind and gave it a completely different look for that night and that party.

For me the image of that Alcazar with that light is an image that I will never forget.

Look at the three photos you see of the Alçázar de Segovia during the day, at night on a normal day and the night of the Twelfths.

You will understand, I hope, that it does not matter what the Alcázar looks like. It is an impressive building anytime, anywhere.

Do not miss it.