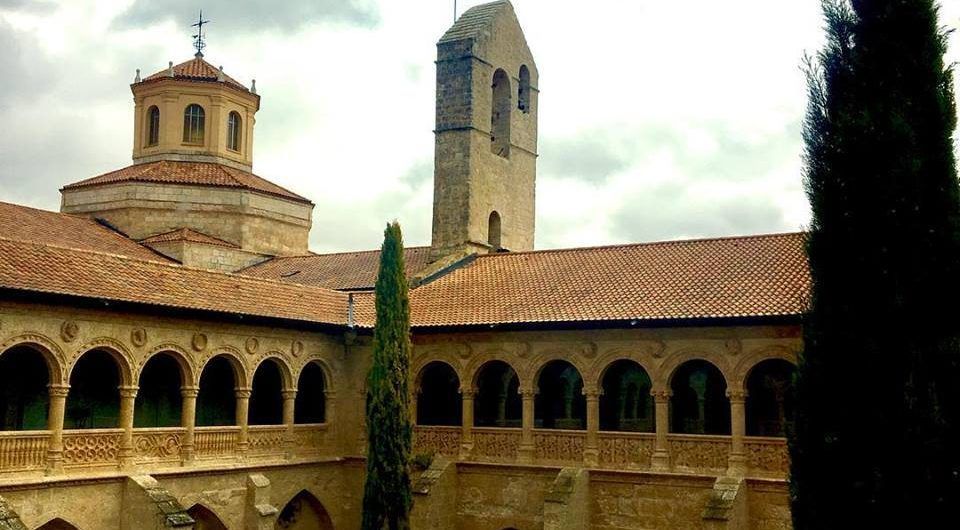 The Valbuena Abbey, one of te best hotels in Ribera del Duero in

the heart of this region.

There are so many things to do in Ribera del Duero besides drinking amazing good wines!!! For instance to visit the Monasterio de Valbuena (Valbuena Abbey) in the heart of Ribera del Duero, very, very close to what has been considered the golden mile because of its superb vineyards.

It is called that way because it is considered that there are the best vineyards and wineries in all of Ribera del Duero. Among all of them stands out the most famous winery in Spain, which is Vega Sicilia Winery.

It is an Abbey that dates from the 12th century was first founded in 1143. It has been rehabilitated and converted into a five stars Hotel with Spa but a new name called Castilla Termal Monasterio de Valbuena. This Monastery is one of the best-preserved Cistercian monasteries in Europe.

You might know that wine consumption in this area existed before the Romans came to Spain, but after the fall of the Roman Empire, the knowledge of grape growing and winemaking was in Ribera del Duero on the responsibility of monks in Abbeys such as Valbuena Abbey.

Listening to this story in this abbey just before or after visiting a winery is an experience not to be missed.

A five-star hotel with Spa

The abbey has now been converted into a five-star hotel with a spa. One of the best things you can do after visiting several wineries is to relax enjoying treatments at the hotel’s various thermal pools, have a sauna, or a massage that will leave you in perfect condition to visit more wineries and drink more wines the next day.

The thermal area of ​​Balneario Valbuena far exceeds that of any other in Ribera del Duero. There are 2,000 square meters of surface and 16 treatment cabins and thermal pools and a contrast circuit.

When you visit wineries and drink wine in them, the best way to enjoy them is to do everything very, very slowly.

This is also the best way to enjoy a spa. If you are in a Spa of a five-star hotel that is located in a 12th-century monastery, it makes all this the ideal complement to the visit. The time in a spa, after a day visiting wineries do not go slowly. It just stops. 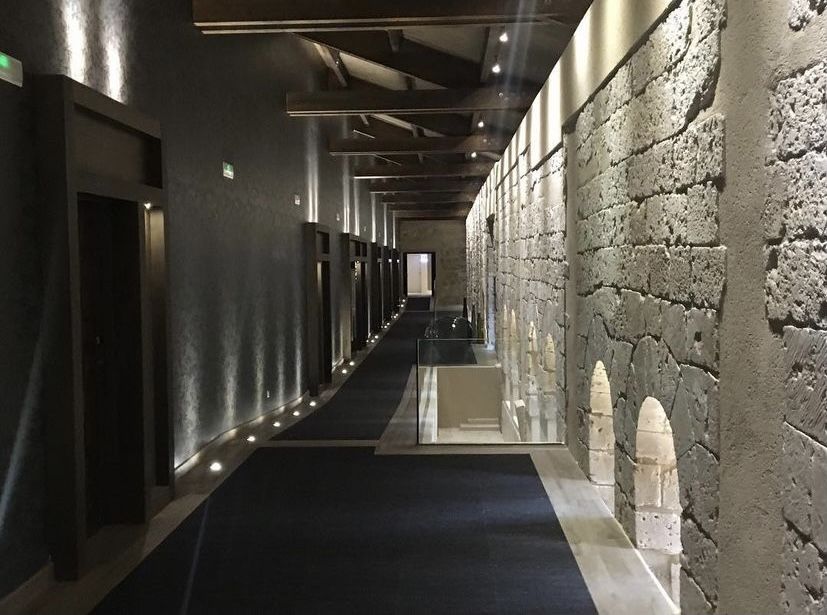 After that, It’s time to have a great dinner and go to bed.

This is the end of a perfect day in Ribera del Duero that prepares you for another day just as fantastic as the previous day.

Bodegas Emina, apart from being the headquarters of the Matarromera Group, is one of the most important in the Spanish viticultural scene of quality wine. The group has 8 wineries divided into different denominations of origin: Ribera del Duero, Toro, Rueda, Cigales, Rioja.

This winery has a very educational wine museum in which the history of wine in the region is told in a very attractive way from the time of the Vacceos, long before the invasion of the Romans. And how.

With the fall of the Roman Empire and the advent of the barbarians, the wine culture was preserved and maintained by the monks, the only people who could read and write at a time in history where the only thing that mattered to the nobles was the handling of the sword and make war on the neighbors or the southern Arabs.

We recommend you a wine tasting at this winery.

Previous postBodegas Mocen. Rueda tours. Differentiate yourself through art and culture
Next postMushroom and wine tour