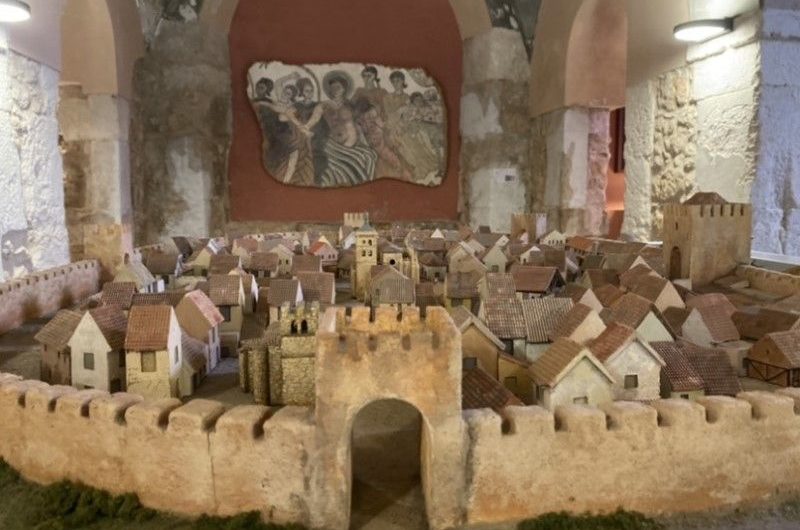 The history of wine began in Mesopotamia and Armenia. Wine in the ancient era.

It was not really 5 centuries ago. It was much earlier. Before the Romans. When the vacceos lived in this region there is evidence that they already drank red wine.

It is said that the history of wine began in Mesopotamia and China more than 5000 years before Christ. Burning sun and a grape that began to ferment with the sun. Someone ate that fermented grape and began to say that he had a huge desire to laugh and decided to drink more grapes.

Then, the Phoenicians, good navigators for what was stretched 1000 years before Christ who introduced in Spain.

Then the Romans came and drinking wine was their main activity when they had a party when they were not at war. the parties were better with roman wine.

The Visigoths were not too sophisticated. They didn’t know how to read or write, but they did like wine. The monks maintained the wine culture. They were allowed to take a daily hemina. A hemina must have been little more than a glass of wine.

What Did The Romans Drink?

At the time of the Arab invasion, the vines were still there, although the Arab, because of its Muslim religion, had a distant relationship with wine.

History of wine from the Reyes Católicos

With the end of the Reconquest and the constitution of only two kingdoms in the Iberian Peninsula (Spain and Portugal) there were no more wars with the Arabs and the nobles themselves lost strength. There were fewer internal wars. Traveling in the peninsula became safer.

Towns such as Aranda de Duero and Sotillo de la Ribera became famous for their grapes and their resulting wines.

At that time it was dangerous to drink water because humans drank water in the same places where cows and sheep did. It was very easy for the waters to be contaminated.

That did not happen with the wine that gave guarantees due to the effect of fermentation. But aging in oak barrels had not yet been invented.

Therefore, the only way they found to keep the wine in good condition was to make underground caves where there was a low and constant temperature and without light and noise. In Aranda de Duero there were 130 underground cellars. These wineries appear in a plane dating from 1503.

Currently, some of these underground cellars can be visited daily. And perhaps the best time to visit them is when Aranda de Duero is at its festivities.

Particularly at the festival of the Peñas de Aranda de Duero (Peñas are traditional group of friends of Aranda de Duero), the aforementioned Peñas open the underground cellars and put huge tables where the participants of each of the clubs meet and dine.

Those Peñas leave the cellar doors open for anyone who is interested in visiting them to go down.

If one visits them one can not only understand but feel what kind of relationship unites Ribera del Duero with wine 5 centuries ago.

Were good wines made 100 years ago?

It was known that until the 60s the focus was on the production of wine volume, there was no great concern for the quality of the wine. That’s not true completely. There were not modern machines that allowed fermentation and aging as there are now.

The market was not willing to pay high prices for wine produced with great care. But the grapes were of high quality. Mostly if they were coming from old vines. But an old vine gave and gives much less grape.

There was no limit of 7000 kilos per hectare as of now but the goal was the more grapes the better.

There was no limit of 0.7 liters per kilo, so the grapes were squeezed as much as possible even if this meant that the wines were not of such quality, and there was almost no information or almost contests that allowed the market to know where There were the grapes and the quality wines.

Concurrence was more for the price than quality. But…

The winemaker that sold cheaper was the one who sold unless he convinced the buyer to pay for a higher quality that he had to prove.

That is what happened in Aranda de Duero and Sotillo de la Ribera. Their wines were better. So they were selling their wines more expensive, especially the producers that had better fame.

Anyway, one did not know or appreciate a quality wine if one had never tried one. Quality was something else. It existed, but not with the precision and parameters of now.

In Ribera del Duero there have always been high-quality grapes. And there were people who came from 60 miles away to buy wines from this area.

60 miles can now be done in one hour by car and with the fantastic roads that we have in Spain since 1980.

Roads 2 or 3 centuries ago, were roads in poor condition and the grapes were transported in goatskins in carts pulled by mules. 100 miles from then supposed 2 or 3 days of road.

The wine in the area must be good enough to compensate the buyers to make that effort.

Previous postLife is not measured by the number of breaths we take
Next postThe Segovia Cathedral. Ascent to the Bell Tower.