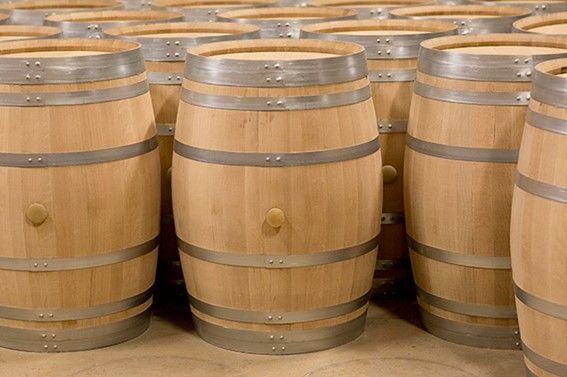 Why oak wine barrels? What is the purpose?

If right now we stand before a crianza, reserva or gran reserva wine, and we look for something in common, surely oak wine barrels will automatically come to mind. And it is that without a doubt, our understanding would find it strange not to associate the concepts of wine and barrels.

However, this romance, which has centuries of idyll, began as always accidentally and by chance. The original and first containers for storing wine were amphorae, so it was not until the conquest of Gaul by the Romans that they began to imitate many of their techniques.

Oak barrels for storage and transportation.

One of them was the use of wooden barrels for the storage and transport of beer. The main wood for its production was oak, since oak trees were very abundant in Roman Europe, as well as being quite malleable and waterproof. In addition to all this, their shape was studied to facilitate their transfer, taking advantage of the rolling of their lines.

It was not until several centuries later that its organoleptic characteristics were inadvertently introduced into the tastes of wine consumption to this day.

And with all this, we come to the modern age and its consequences. A modern age that no longer conceives a wine that is more than a year old without having been in the oak wine barrel, and that therefore is increasingly interested in the aging process in wood.

Having already passed the nineties, in which the general market demanded wines with a tremendous load of wood that almost completely concealed the fruit aromas typical of the variety and known in slang as “wooden soups”, today it leaves step to a lesser role of oak in the wines.

The current consumer demands primary aromas, typical of the variety, relegating those of wood to a mere companion.

In short, wine and wood, a centuries-old symbiosis whose flirtation has only just begun and to which many more centuries of courtship are predicted. Cheers!.