Tool to graft an American foot in an European vine to protect it against the phylloxera.

It’s funny when you visit a winery repeatedly and you think you know everything, but it’s not true.

What you see in the image is a tool that was used to graft an American foot in an European vineyard. You can see the grafting version of a vineyard one vine by one and the most sophisticated version (for that time) of grafting several vines at the same time (in photo 2). Version 2 would be a revolution at that time. This was done to protect against the phylloxera. The phylloxera was an insect that was in some American vines. Someone had the bright idea of bringing some American vines to Europe. This insect devastated the European vineyard in the late nineteenth and early twentieth centuries.

The phylloxera is as important to the history of wine making as was the discovery that wines could age in oak barrels. Also as important in the wine world as the birth of Jesus Christ is for Christians and the world in general. We talk about such an event X years before Christ or  X years after Christ.

They tell us that the effect happened in France. The French were dismayed. They saw all their vineyard destroyed. And some of the more practical ones decided to come to Spain to do what they knew how to do very well.
They went to Rioja where their grape was already famous. They taught Riojaans everything they knew about grape care in the vineyard, what tools and machinery they should use to obtain quality wines, how to age wine in new oak barrels, how to organize a denomination of origin that would allow them to learn from each other, establish common rules of grape treatment and wine procurement that were identifying the area, establish common budgets to create a joint brand image for all Rioja, how to internationalize wines through the appellation of origin , how to enter with force in the international market that was emerging.

For the grape growers of Rioja this was a tremendous leap that could hardly be done individually. Doing it together allowed them to reduce the fear of failure at such a momentous moment.

Later it was discovered that grafting an American foot to the European vineyards using tools such as those shown in the photo were protected from phylloxera. In this way the French were able to recover their own vineyard and were able to return to France and left the Riojaans with the acquired knowledge that so well came to them and caused them to be the first to go out to the foreign market. 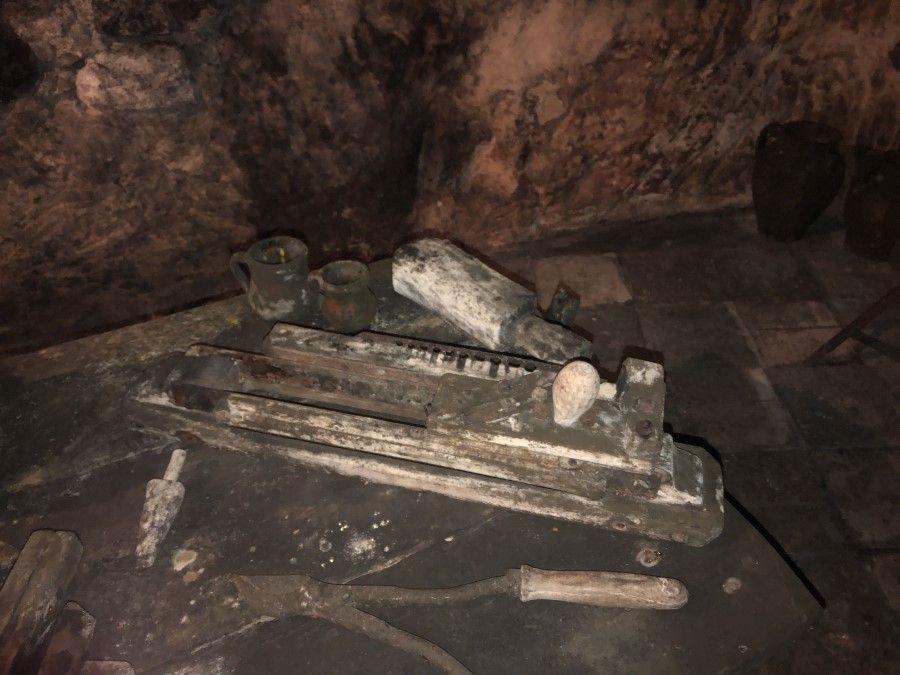 … and then the rest of the vineyard in Europe.

Phylloxera also came to Spain happening the same as in France. For this reason the wine growers had to use the American foot to solve the problem in the same way.

Phylloxera therefore helped the Spaniards to implement the new methods of modern winemaking to suffer again what the French had previously suffered.

Before the existence of the Internet, going to the foreign market was unthinkable without certain marketing tools.

I imagine a Spaniard arriving in New York and asking for a glass of wine in a wine shop in the city. That the man is served and they ask for the glass 15 dollars. The Spaniard falls backwards with the price. And he says to himself. In Spain there are much better wines than this and I can bring them to much lower prices.

Importing wines that were in an appelation of origin that was investing in creating a brand abroad must have been of great help for its commercialization. As at that time, Robert Parker appeared with his wine ratings from 0 to 100 and the proliferation of very diverse contests and prizes on wiones caused exports to skyrocket and the sale prices of the wines to do so in turn.

All this caused a huge growth of confidence that they were making the steps to establish themselves internationally in a profitable way.

Internet has changed the name of the game. But that is another story.

This was written by

Other posts to read:

Ribera del Duero is not only wine

A Ribera del Duero wine and a steak. What a pairing!

Do not miss El Toboso when you visit La Mancha and the windmills. 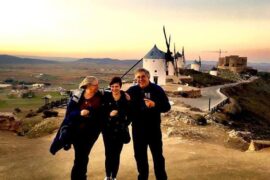