Don Quijote and Sancho Panza came with us.

Don Quijote and Sancho Panza came with us. 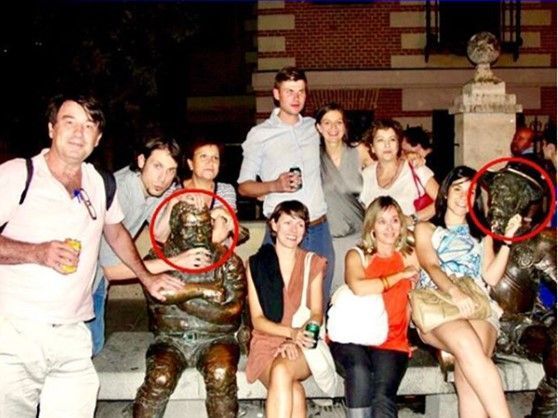 Don Quijote and Sancho Panza were on one of our tours.

At the beginning of the tour, I didn’t pay much attention. I thought they were dressed quite strangely. But after being in La Mancha watching the windmills, the tallest began to say that he only saw giants.

Giants? Where? Right in front of us! He answered. I thought was angry.

But after a while, I thought maybe that he was right, that there were giants moving their arms very fast.

In the video. Don Quixote and Sancho Panza in Alcalá de Henares. At its festivities.

We went to Alcalá de Henares with Don Quijote and Sancho Panza.

We arrived at Alcalá de Henares and the tallest became a very good friend of one of our passengers. Do you know why they became such good friends?

Because wine and travel are social. (At that time we were drinking a beer. Beer is not prohibited on our tours. We even accept beer lovers if they are also wine and life lovers.)

I told myself that I had seen those faces before. This passenger and the tallest left together at the end of the tour.

He was calling her “Dulcinea.” Dulcinea? Where had he heard that name? Then I knew who it was.

Visit Alcala de Henares in one of our private tours.

Our visitors are the best in each house.

Many different people come to our tours. But everyone has something in common. They are the best in your neighborhood just for one reason. Just because they try to live and enjoy with their five senses while traveling.

We are lucky people. The people who come to our tours are usually fantastic.

What does Sancho Panza represent in the play?

Don Quixote, mounted on a skinny horse that he calls Rocinante and clad in an old armor, he travels the fields of La Mancha, accompanied by his faithful Sancho Panza, who symbolizes realism and the virtues and defects of the Spanish people: he is simple, authentic, realistic, greedy. and gossipy.

Did you know this?

Cervantes was born in Alcalá de Henares. There is a lot to be seen in this attractive town related to Cervantes. If you go to Alcalá de Henares ask for a drink (a beer or a wine) in any of the most popular bars and see that they give you huge tapas for free.

Really, who was really in love with Dulcinea was Cervantes, the writer of the book.

This picture is of Sancho Panza drinking wine in front of a Don Quixote windmill. 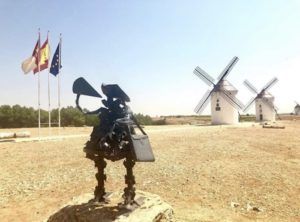