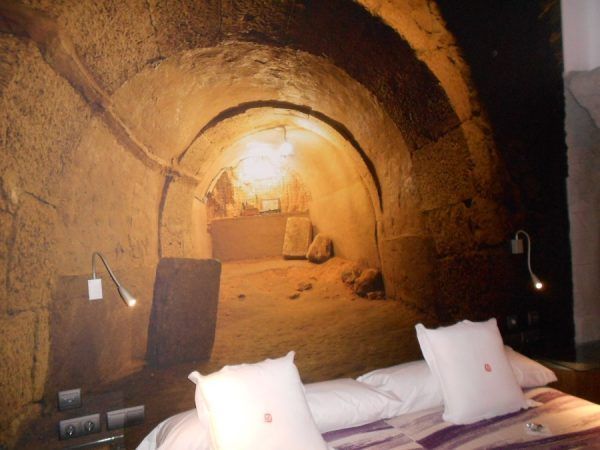 Trying to be ahead of the times. El Lagar de Isilla, one of the best hotels in Ribera del Duero

I have a deep admiration for Jose Zapatero, the owner of El Lagar de Isilla. His passion for his work, for work so many hours without thereby losing the enthusiasm and passion.

He told us not long ago the story of the transition from the old El Lagar de Isilla, in the pedestrian area of Aranda de Duero, to the winery they made in la Vid y Barrios, 12 miles from Aranda de Duero (which is 100 miles from Madrid).

He commented in a very funny way that the situation was awesome in the old Lagar, because more they sold, more they lost. So, they had to move. They were forced to build a new winery outside Aranda de Duero, a very pretty and efficient winery. And that is what they did.

It looks as if José Zapatero had a magic wand by which business in which he gets in, business which becomes a success. But it is not that easy. The secret is to work a lot, to try to do things the best they can, to try to understand what is the name of the game, to try to anticipate changes to come. 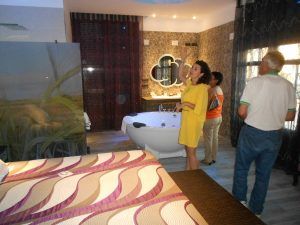 And on this delicate situation of crisis, he decides to invest an important amount of money in creating a thematic wine hotel of 10 rooms and a large restaurant as big as the one they have in Aranda de Duero.

I have been lucky to be at the opening. All the people who are somebody in Aranda de Duero have been in there.

There is a great atmosphere. Everybody is having fun. Some pictures of the facilities

I am amazed by the courage, boldness, and vision of José Zapatero to create such an attractive offer in so difficult times.

What profile of clients is he thinking when he makes this investment?. He has not told me but I can understand he finds a global competition and he bets for the good quality and taste and he knows he has to compete with the best wines and wineries in the world. He has his winery in one of the nearest places of Ribera del Duero wines to Madrid.

We go first to the cafeteria and restaurant zone. Now we are seeing plenty of people so the sensation should be different when conditioned for giving service to the clients of the restaurant. But you realize there is a cupula quite nice that allows natural light to get in. This is one of the thousand details you can find on the place

A luxury hotel for wine lovers. A star hotel.

And then we go to see the 23 rooms in the hotel. There are all different. They try to tell 10 different stories about the wine the same way as if you read a book with ten different chapters. And the first thing I feel is that I would like to spend at least one night in each, because each one gives you a different experience.

All these make me think that this is one of the best hotels in Ribera del Duero.

Are you a true wine lover? You can sleep in here inside a barrel of wine. 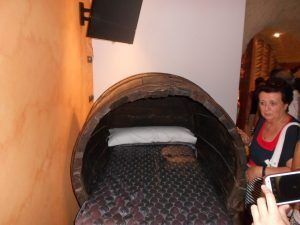 Everything has been done with a lot of care. That makes me think how much our surrounding influences on our emotions and on us. I am sure that even this post would be much different depending on if I wrote on any of the different rooms they have. (I wrote it at home).

I think El Lagar de  Isilla Winery made the best decision to move to the Vid y Barrios some years ago.

And I think again he is taking the right decision when he undertakes the expansion that he is now facing.

I have to tell you that I love nice stories.

Thank you José. The story that there is behind all this is very, very nice, and you tell your story wonderfully.

If you do not speak Spanish you are going to lose something when listening to José but you have an alternative. You can go to El Lagar de Isilla in La Vid y Barrios, near Aranda de Duero in Ribera del Duero and ask Jose Zapatero to tell his story.

By the way. You can enjoy a beautiful wine tasting on the winery, They have a broad alternative of options.

But depending on where you are those other hotels:

Previous postWine and cheese pairings tour from Madrid
Next postPedraza, Segovia, 60 miles away from Madrid