Ribera del Duero wineries. What they have in common and how they differ.

Ribera del Duero wineries. What they have in common and how they differ. 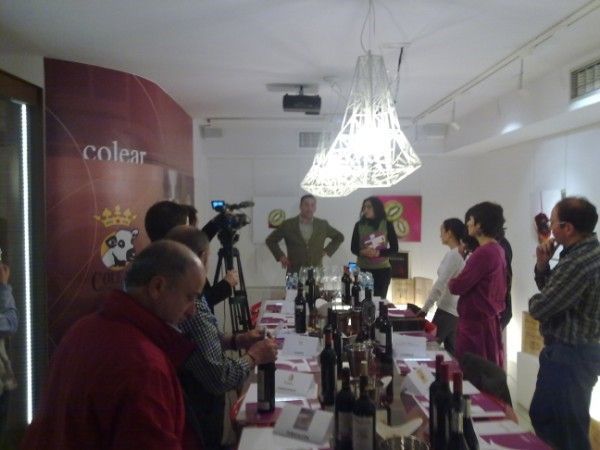 Presentation to bloggers of 20 of the best Ribera del Duero wineries, in Aranda de Duero.

When I learn the story of a winery (and if I can visit it, even better), of who made the wine, what they did to produce the wine, it awakens a great interest inside me to capture everything they tell me, in all its colors, in all its aromas, and in all its flavors. I think this happens to the majority of consumers, who without being experts, approach the world of wine more closely, now that the Internet has brought down so many barriers.

The wine world cannot expect that consumers become expert tasters. But a lot of consumers are ready to participate in all sorts of ways. Because their end goal is enjoyment. And by enjoying, you start to understand, without realizing that you are learning.

The wineries also have realized that they have to play a more active role in explaining their wines and the personalities behind them. In the past wineries used to speak to a few people who knew a lot. And it was those people who transmitted the emotional message to the end consumers. It was sufficient to rely on these people’s judgments and points as a guide to the market when making a decision to purchase a bottle of wine.

In comparison to some people who have been working in the wine world for many years, I’m just a newbie, struggling to understand the complexity, and understanding less than many; but even so I know more than 95% of consumers! I have the knowledge and I abide by the criteria used by the average wine consumer. And every day I learn a little bit more about what causes a consumer to ask for a given product in a restaurant or buy in a specialized wine shop or buy in a supermarket.

I wouldn’t dare give anyone lessons on how to make wine. I just work around; in how to tell the story of a wine, taking into account that the Internet allows wineries to show themselves much more than before. Because now they can find consumers who are looking for their product. They also have available a tool that allows them to know first hand what the average consumer thinks of their product.

Every day I hear wineries say that even if in the points system of prestigious wine guides tend to reward oaked, powerful wines, they are nevertheless trying to service the tastes of the average consumer, which do not necessarily coincide with the tastes of people that generate those points.

Congrats Catavino on tour and Juan Manuel Gonzalvo for their hard work, because things are changing faster then it would seem; and this can only be a good thing for consumers and for the wineries that are on the ball and who are looking for their end consumer and attend to their needs.

It was a great experience meeting a good number of wineries from Ribera de Duero and seeing first hand how they are all so different even if they are from the same area. This was done by laying more cards on the table and not only showing and talking about the wines themselves, but also baring their souls and telling their unique story. Their attempt to differentiate themselves is both worthy of praise and productive. The Ribera del Duero region is more alive than ever.

The conversation and tastings of the wineries present have stoked my interest even more in knowing the wineries inside out, and not just in writing what they tell me. In knowing and feeling in person what there is behind each wine and each winery. In fact, during this very weekend, I went to visit two of them: Prado Rey and Bodegas Legaris. I hope to write about them shortly.

I already knew two of the wineries that were present at the event: Bodegas Solorca and Bodegas Peñafalcón. On this occasion, the representative of Bodegas Solorca was not there, but his wines were. I have to say that in my opinion, his products are even better than they seem at the event. I was lucky enough to be able to visit the winery in the company of the owners. During these types of visits, other additional factors come into play. You can see something that I enjoy more than anything, and that’s when you perceive the pride of the owner of his winery in his eyes and in his tone of voice. And he told me about his plans for expansion and that things were going well. Many thanks to Bodegas Solorca and to Bodegas Peñafalcón for attending to me as they did. For this reason, the tastings in their wineries were an even better experience than tasting the same wines around a table.

Several things grabbed my attention at the tasting in Aranda: the Valdubón project with its 10 important personalities in the wine world. It’s well thought out, media-driven, and differentiating. Also, the Prado Rey project which includes a great wine in the framework of a spectacular estate that encompasses many different activities. I was spell-bound by Lagar de Isilla, accompanied by Beatriz, the owner’s daughter, who guided us through the underground caverns under the restaurant in the center of Aranda (I highly recommend a visit). I was also lucky enough to have roast lamb for lunch on Saturday and special dessert courtesy of her father. I was impressed by how Galo de Bodegas López Cristóbal (a small, artisan family-run winery) defended, positioned and differentiated his product, which is given individual attention and the end result is delicious, balanced and a joy to drink. And the professionalism of Jorge Bombín, oenologist at Bodegas Legaris; Jorge is a man who knows what he is talking about and he talks about it well. He’s in charge of a very solid project financed by the Codorniú group and was one of the wineries I visited on Saturday.

The wines present at the tasting were the following:

To see the tasting notes of all these wines, see the Adegga website. Almost all the wines have been tasted and commented (thanks to Juan Manuel Gonzalvo), and a few still have to be filled in.