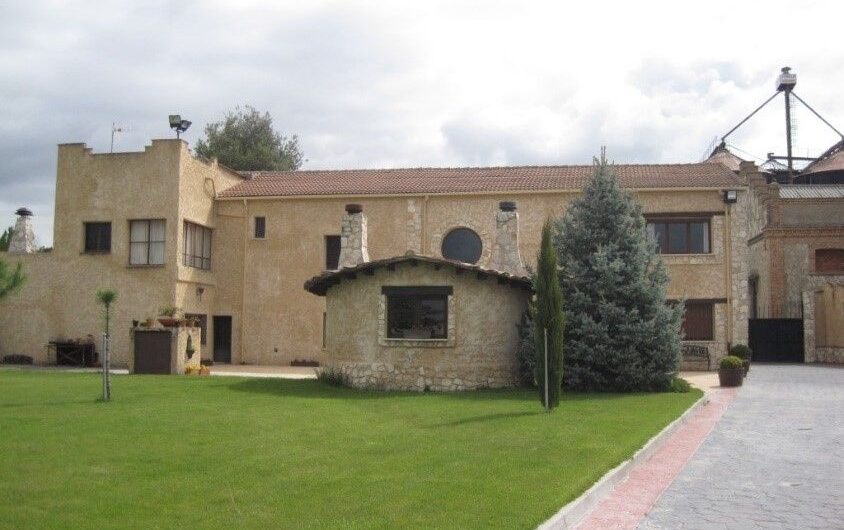 When I was in Aranda at a meeting between wineries and bloggers, I knew my visit to the López Cristóbal Winery was going to be something special. At that meeting –where 13 wineries from Ribera de Duero were present– I talked to Galo, who is the López Cristóbal Winery Manager. Galo described his winery as a smaller family business, with a more handcrafted production, in comparison to the rest of wineries present at the encounter.

I tasted his wine, and I liked it. And I liked what he told me. But what I liked the most was the way he talked to me. There was something in his abstract words that I managed to understand –at least I think I did– after visiting his winery.

There was much charm in his words. He insisted on the fact that their winery was a family business, and we all know the kind of things this brings along…

I didn’t have a clue of what I was going to find there, but somehow I had the feeling I was going to like it. Maybe, the mystery could have been unveiled by simply visiting their web page –they have a very smart website– but I didn’t do it, and I believe this added some sense of adventure to the visit.

I really had a great time in Aranda, because all the projects presented there had a high level. It was a great experience because it was like making a puzzle. And this vision is significantly improved after visiting the winery, because the experience then became exciting.

Beginning of the visit

I called Galo and we met at about 11:30. The first thing I saw was the façade of a huge and very smart house.

There was a little puppy bouncing around at our feet while we were walking, which certainly added a little more charm to the visit we were about to start.

The first thing he showed us was the vineyard attached to the winery. There had been a frost that night and we could see the damage caused on the grapevines and the way winegrowers must deal with elements completely beyond control. 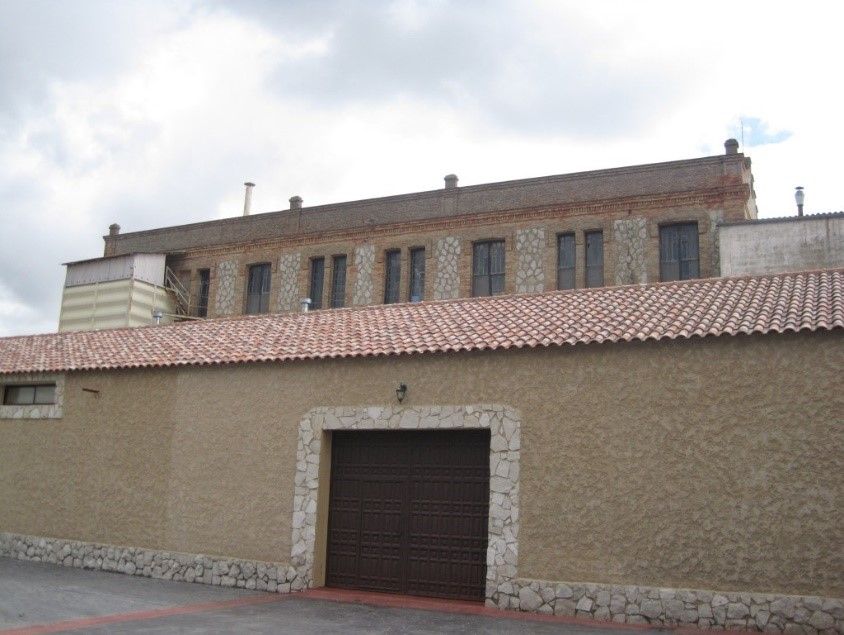 He took us to the premises where he is locating the Winery. This warehouse belonged to a flour manufacturing company that had closed five years earlier. They bought the warehouse and restored the whole building.

At the moment of the visit, they were moving the tanks from the old premises, which were certainly much smaller and lower in height. Despite the economic crisis, and after having bought the warehouse, they had not desisted from their will to reinstall the winery.

Galo kept on repeating it was not the best moment to visit the place with all those changes going on. Nevertheless, I was very happy to be there at that time. This helped me to understand better than ever what the winery was like in the past and their plans for the future.

This is the best way to feel the essence of a real entrepreneur –a person who leaps into investment with great personal and economic efforts, and without expecting results in the short term. One of the things I feel most attracted by in the world of wines is the courage that certain people attach to commitment.

Is he moving the tanks? It looks as if he did not. The premises were completely neat. From all tanks, he proudly showed me two last-generation tanks where he manufactures his best wines with his best grape juices.

The technology applied in these two tanks seeks a more uniform mixture, that is to say, the perfect overpumping. These tanks are his most precious treasure. But he always says, “these tanks are quite good, but the key is the vineyard.

Technology offers you the possibility to produce much better wines. And this is the path we want to follow if it heads us to obtain better results. But there is nothing to do if we fail in the vineyard”.

I have visited many wineries so far and I am amazed to see the way each winery finds different solutions to reach the final product.  I have not found any other sector in which entrepreneurs show their personality, their ability to pursue new challenges and their romanticism in such an evident way as they do in this sector.

In the barrel room

We moved on to the next rooms. In the second one we could see the barrels. This is the old part of the Winery, where height is clearly reduced.

At the new López Cristóbal Winery premises, height is totally different. It will be possible to work in a more comfortable way, and their business image will be more consolidated.

It will be no longer just a family winery –although it will still keep its charm– as they will become a “Premier-League” Winery. I saw the height of the warehouse and I could imagine how hard it must have been moving these huge objects given the low height of the premises. There is much merit in what they are doing.

Then we got into the house. Galo said that was the old family house where he grew up. He also told us his father was in charge of the vineyard and that he was dealing with the winery in the whole.

The house has much potential. It is a wonderful house –very smart and beautiful, with a simple structure.

In the tasting room

Galo told us “you may like or not all the things I have just shown you, but the moment has come. Now it is the time for the wine to express itself”.

Although he said he didn’t want to get into the conventional descriptions of a tasting, he did explain a brief detail of each one of the products, which we enjoyed immensely.

He explained each one of them in detail and the way they had managed to create four differentiated products. He also explained the way he had tried to stay in touch with different market sectors through different product quality and prices.

He aims at consumers with certain knowledge of wines but with price limitations –for them he offers Roble 2009 (tasting note) and Crianza (tn).

They don’t forget about their most sophisticated customer, who doesn’t care much about prices, and for whom they offer Reserva (tn) and Bagús (tn). Most of their production is based on Roble and Crianza. This used to be like this in the past and 2010 will not be an exception –prices are set according to times.

Regarding the wines, they were all very good in their styles.

I wish López Cristóbal Winery good luck. I believe Galo has very clear ideas and he is putting all the means so they may be performed in the best way.

Previous postMushroom and wine tour
Next postHow do you say in Spanish OK? Wine storytelling