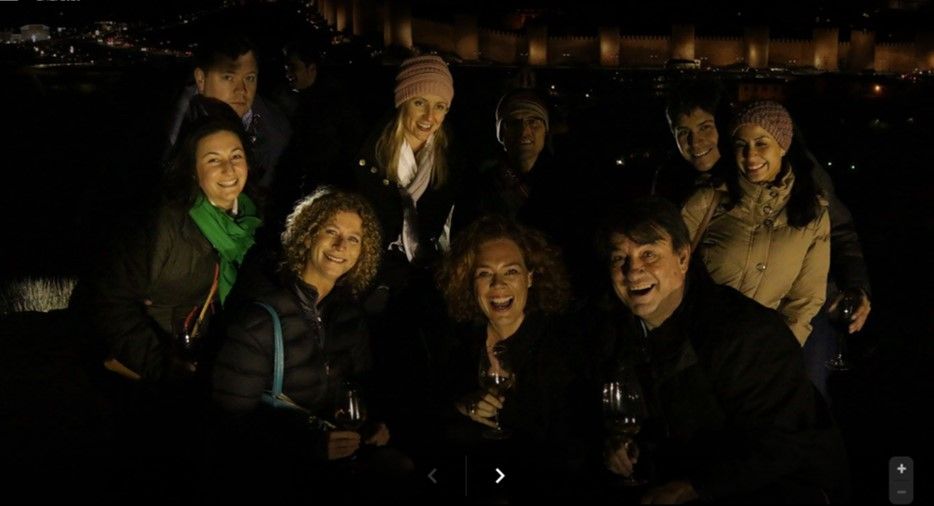 To visit the wall of Avila is an unforgettable experience. We bring you there in our Avila tour.

For a multitude of reasons.

First, it is striking that there may be a wall built over a thousand years ago and it seems it was built yesterday.

I am Spanish. It is foreigners who have reminded me that we have an amazing country. I wonder if Spaniards value it enough. Everything that is close to our homes does not seem to attract attention. One could believe by tourist advertising that everything worth having has to be at least 3000 miles away from home. And therefore, something as incredible as the best-preserved medieval wall in Europe does not attract our attention. Well, I can assure you that it does attract attention to foreigners who visit us.

I have the luck, the immense luck, to see these things through the eyes of foreigners who visit us. And luck is even bigger if those who come do not have a previous picture of what they are going to find. In this case, it allows me to feel like David Copperfield with his wizard’s wand.

We don’t grow old if we continue to have experiences that we live with the five senses.

Showing things to people who see them for the first time allows you to verify that we never grow old if we continue to have new experiences that we live for the first time. I love to see the emotion in the eyes of our visitors. Emotion and good vibes are viral. They have conductivity, like electricity. And they transmit it to me.

People who see something for the first time ask questions that people who have already seen something many times will never ask. Many times you are surprised by these types of questions that dislodge you. The questions can be of such caliber that you don’t know what to answer. You promise yourself to prepare the answer for the next time they ask you something similar.

Was the Wall of Avila used for war?

For example they ask me if that wall was used for the defense of the city. If the city was besieged, if it was assaulted, if it was to conquer it, if it has changed hands as a result of a war.

The answer to this kind of questions, you get them when you visit and walk through the wall as if you were a soldier of the year 1000.

An impregnable fortress without soldiers defending it.

They say that there was a moment in the history of the city in which all the Christian warriors had left the city to persecute an army of Arabs who had approached the city and that, after the first skirmish they had run away, with Christians chasing them to achieve a total victory.

They say that the Arabs, through spies, were informed that all the soldiers were outside the city, and approached it with the purpose of assaulting it because they considered it unguarded. And this was true. Within the wall there were only women, old people, and children. But it was a group of tremendously daring women who organized such a display of fires, of noisy pans that made the Arabs believe that the information they had was wrong and deposed their attempt to assault the town,

When you see the wall, you fully understand why any assault attempt had to be almost certainly doomed to failure. Its wall is impressive. It really seems impregnable.

It is important to know that the Arabs entered Spain in 711 through the South and that they conquered almost the entire Iberian Peninsula in just 7 years. That the Christians defeated the Arabs in Covadonga in 718, and that it took more than 7 centuries to reconquer it. The peninsula in 700 was not really very populated with what the conquest of the Arabs after the first victory in the south and going up to the north was what in Spain we call a military walk. That is to say they had almost no opposition.

The Reconquista as I said lasted 700 years. In the Medieval, the nobles had only 3 things on their heads. Go hunting, make war on your neighbors and make holy war against the Muslim. That is why many cities in Spain were walled in the Middle Ages.

End of the Middle Ages. A single state. The need for walled cities disappears.

When Spain becomes a single state and there are no internal wars or against the Muslim, the need for walled cities disappears and in later centuries the walls disappear to use their stones for the construction of houses.

That Avila continues to maintain its wall is a true miracle probably justified by the lack of money to build the desired houses.

In Spain, we are lucky, because there are almost no earthquakes. And when there have been wars we did not have weapons of mass destruction. If we had had that kind of weapons for sure, much of the heritage we are very proud of today would have disappeared.

In Avila, it is essential to travel over its wall.

When we go to Avila it is important to have enough time to explore its wall. Being up there is an unforgettable experience.

It is important to arrive early enough to explore it in the light of day, enjoy its incredible sunset and have the fantastic experience of seeing it from the viewpoint of the 4 posts. From there it is high and you can see 60% of the perimeter of the walled city., wonderful day and night. Even better with a glass of wine in hand.

Avila, wonderful day and night. Even better with a glass of wine in hand.

When it gets dark they turn on the lights in the city, and the city is another, even more beautiful than by day. Well, not prettier. Simply different.

Health! We wait for a future visit of the city. Come with us to our wine tour to Avila

As a summary we will show you in our tour the following:

What to see in Avila. or better said what you will live with us when coming with us to Avila is: