In the 16th century Spain was the center of the world.

In the 16th century Spain was the center of the world. 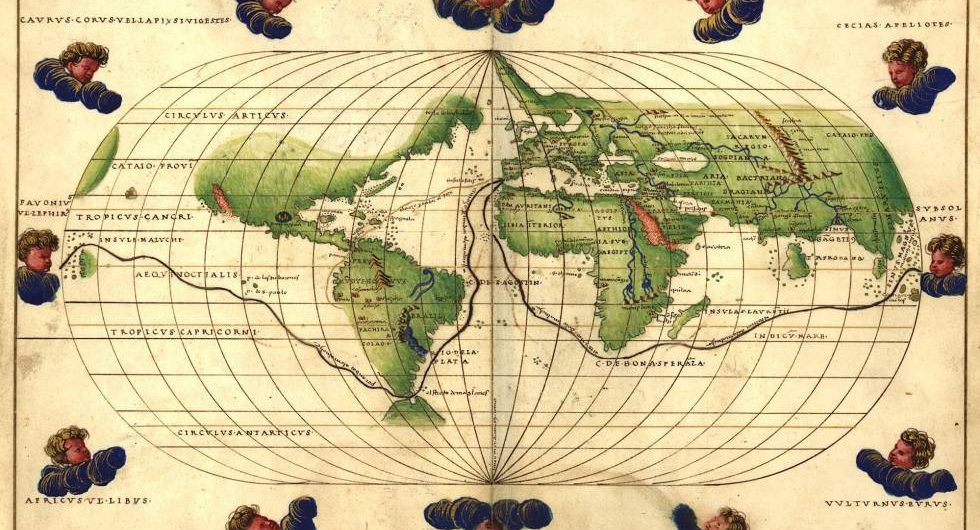 In the 16th century Spain and its empire.

I am a wine lover who is passionate about history. It is a pleasure receiving foreigners and telling them my own version of the history of Spain and the history of wine in Spain.

I have the feeling of assembling pieces of a huge puzzle that never ends. And it is an immense pleasure when I put a new piece in that immense puzzle.

With this, I do not pretend to be a scholar of the subject, but I love to enjoy telling the history of Spain to foreigners who visit us.

Many of them have little knowledge of our history. It is my responsibility to make them understand the subject so that they enjoy the experience and the wines they taste much more.

For us, a wine tour is nearly always a history tour. Any story is better with a glass of wine in hand. All good wines have a very nice story behind.

Much more than a wine tour.

I would say we offer much more than a wine tour. We also want to tell the story of the wines and their surroundings. The trips we make through the wineries of Castilla y León and Castilla La Mancha are long enough to have great conversations that fall short when we delve into certain topics.

Being able to meet people with an interest in drinking good wines listening to beautiful stories that give meaning to those wines and their surroundings is an unspeakable pleasure for me. In such a situation, one, besides enjoying, makes friends.

Curiously, when I’m in the big city, that interest in meeting new people and making new friends doesn’t drive me crazy. Those who come with a specific interest in knowing Spain and its wines are a reward that I did not expect when I started doing this activity.

The world changed greatly in the 14th and 15th centuries. Also in

In the 16th century, Spain became the center of the world.

Gutenberg, with the invention of typography and printing, changed the transmission of knowledge. It is the time of Leonardo da Vinci. The future kings of Castile and Aragon married each other.

A revolution was made that allowed ships to sail with unfavorable winds. The first ones who took advantage of it were the Portuguese. They discovered the African way to reach Asia.

It is the golden age for those two countries

With the capture of Constantinople, Istanbul in our days, the silk route was cut. The first solution was given by the Portuguese. They discovered the African route that circumnavigated Africa and reached India and China.

That meant a huge wealth for Portugal that turned that route into a monopoly.

16th century Spain. Key factors that made it so splendid:

History of Spain every year

Portugal and its King.

It is curious that in both cases, both Columbus and Magellan proposed to the King of Portugal to undertake their projects under his support.

The Portuguese were no interested in those projects. They had their own project that did not allow them to think about going to the west.

They were going south to Africa. How much would have changed the world if the promoters of these companies had been undertaken by the Portuguese? Who knows?

16th century Spain. One of the many stories that we tell in the Winebus on our Madrid day tour.

These types of stories are what we like to tell in our Winebus tours from Madrid to Castilla y León, Ribera del Duero, to Rueda, to Castilla La Mancha, to Avila, to Cuenca… The stories are part of our Madrid wine tours.

For example, a fantastic place to come with us is at the Visit Bodegas Habla and Trujillo. We talk about the history and we talk about wine. Drinking wine five centuries ago.

Talk about the birth of Spain and Portugal as modern states.

Our tours are wine and history tours.

Are our tours wine or history tours? Our tours are wine and history tours. The stories are part of our tours as wine is. The ad sign has existed for more than 1000 years.

We tell and listen to stories while drinking wine. And we transmit even the history of wine

Are our tours of wines tours or castle tours? Castles and wines

These kinds of stories are what make us visit cities like Trujillo, a city par excellence where many conquerors were born and returned after their successful campaigns or died in the effort. Francisco Pizarro was born in Trujillo.

We seek not only the cities but the wine cellars with very good wines that allow us to make a dream trip in which they tell us beautiful stories and we can listen to them with a glass of wine in hand.

We want to enjoy the present recalling wonderful stories of the past enjoying a product of the present such as wine. Wine that we have in Spain in large quantities and whose quality is among the best in the world.

Come with us to live those stories with a glass of wine in hand in one of our Madrid wine tours.

Previous postBodegas Chinchon. An amazing town 25 miles from Madrid.
Next postSpain is different. An advertising campaign of the sixties.